On YouTube there’s a inspiring video of the Kimyal tribe of West Papua Indonesia. This remote tribe was untouched by the outside world until World Team missionaries Phil & Phyliss Masters brought the Gospel to their area in 1963. Phil Masters was martyred in 1968 when he and fellow missionary Stan Dale were killed and cannibalized by the Yale tribe. But the tribe came to faith in Christ. For many years they were without a Bible in their own language, but after considerable effort, in 2010 the Scriptures were translated and published for them. The video shows a small plane belonging to Mission Aviation Fellowship landing on a gravel airstrip. The pilot remarks, “There’ll be a big party when we land.” The scene shifts to the airstrip, where tribal leaders instruct the people to clap and wave palm branches, and for dancers in traditional garb to begin dancing, as everyone sang, “Yes Jesus Loves Me, the Bible tells me so.” One of the leaders explained that only select passages had been translated, but now they would have it all--from Genesis to Revelation.

One of the translators was present, Rosa Kidd, who saw the response of the people and said this: “We know that it is God doing something here. We knew they would be happy, but the tears and emotion is overwhelming. Their respect for God’s word is palpable. We’ve had copies of the Bible so long we take it for granted; we don’t cherish it; we don’t realize what a gift we have.”

The first case of Bibles was unloaded, and the pilot handed it to the leader of the Kimyal tribe; then the tribal leaders led the people in prayer and thanksgiving, with tears running from their eyes. The pastor of the tribe prayed: “O Lord, the plan You had from the beginning regarding Your Kimyal--the month that You had set, the day that you had set-- has come to pass today. You decided that we should have Your word in our language. Today we are living in the light. For this we give You praise!” A woman holding one of the Bibles said, “I will pass this on to my children, and it will keep them on the path of righteousness, and our children will pass it on to their children.” The celebration continued on long into the night, an occasion that would not be forgotten.

This "clergy appreciation month" my teriffic church congregation gave me an Amazon Kindle, and I'm really enjoying it. I downloaded a Bible, a devotional book, and a book of Puritan prayers...and now have an extremely portable way of doing daily devotions. I also have a few Christian books, along with some classics I've been wanting to read. I can't see this replacing my conventional books, but it is a convenient way to read, and anything that can "rekindle" devotions is great. Prayer is a spiritual discipline that comes easier to some than others, and if we can find a way of making it work for us, all the better--for our good and the glory of God.
Posted by Pastor Bob Leroe at 7:26 PM No comments:

When it comes around to faith in Christ, isn't this what it's all about? Do we have a casual faith--one that says our trust in Christ occupies a small part of our lives, or are we committed, dedicated followers of our Lord? We are called in Scripture the bride of Christ...let's stop dating and get married. Casual faith is no faith at all. Bonhoeffer said, "When Christ calls a man, he bids him come and die." Jesus wants our all; He wants us to give Him top priority, over all earthly things. Let's put to death self-interest, self-idolatry. Anything less means we've bought into the agenda of the world. Let's put Christ first!
Posted by Pastor Bob Leroe at 11:05 AM No comments: 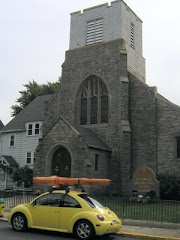 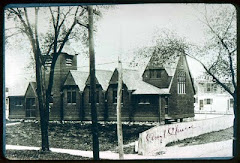 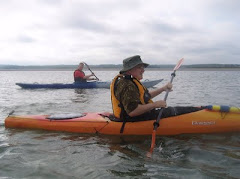 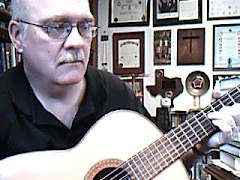